Earthing is the process of creating an alternative path for the flow of fault/excessive currents safely into the ground in the presence of minimal resistance or impedance.

The primary purpose of earthing is to reduce the risk of serious electric shock from current leaking into uninsulated metal parts of an appliance, power tool, or other electrical devices. In a properly earthed system, such leaking/fault current is carried away harmlessly while tripping the fuse. Earthing also provides protection from large electrical disturbances like lightning strikes & power surges. It also aids in the dissipation of hazardous static electrical charges.

Although most electrical systems have fuses or circuit breakers for protection against a fault current, the human body may be fatally electrocuted by a current of less than one ampere which is well below the point at which a fuse or breaker will operate. Earthing helps minimize such hazards from occurring. 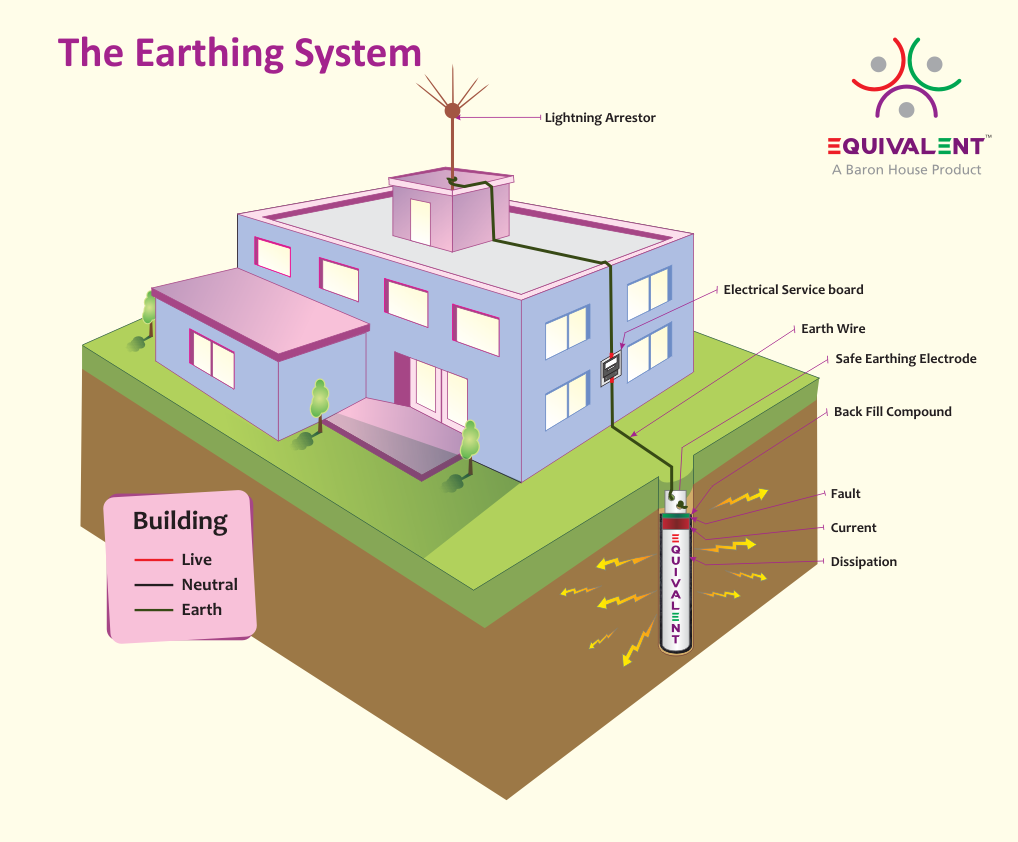 It is a metal electrode which goes into the ground near the building. It helps in the efficient discharge of all the fault currents/ surge currents present in the electrical system. It also helps in dissipating the high voltages which are passed on through the lightning arrestors atop buildings.

These are earth enhancement compounds which have different properties depending on soil & other atmospheric conditions. Essentially, an ideal EFC has high electrical conductivity, moisture capture & retention abilities & anti corrosive properties. It works in tandem with the Safe Earthing Electrode. Together both form the efficient earthing system.

It is a metallic device mounted at the highest point of the building to capture lightning strikes & direct it to the earth via a safe path thereby preventing it from flowing through the building's electrical circuit. In the absence of the lightning arrestor a lightning strike could destroy electrical equipment & cause harm to human life through electrocutions.